Before egg laying the worker inspects a cell by inserting her head into it. Afterwards she backs into the cell until the end of her abdomen touches to the bottom of the cell. This requires inserting both abdomen and thorax into the cell. The wings remain outside the cell and are folded over her head. In this position the wings press on the rim of the cell and can be damaged as a result of this. The oviposition of worker takes between 30 and 45 seconds Reproduction by worker honeybees (Apis mellifera L),
Behav Ecol Sociobiol
, Volume 23, p.117-126, (1988)
[2].

Before take-off a drone cleans its antennae and eyes. This often occurs at the nest entrance. After take-off drones produce characteristic sound which is different from sound produced by flying workers. Drones perform flights not only from the nest but also from swarm cluster Drone honey bee flight from clustered swarms,
Annals of the Entomological Society of America
, Volume 67, Number 4, p.683–684, (1974)
[3].

Drone is a male of honey bee. In temperate climate drones are present in the colony during spring and summer. The main task of drones is to produce sperm and mate with a queen during mating flight. Drones develop from unfertilized eggs. The development occurs in drone cells but see also Rearing Drones in Queen Cells of Apis mellifera Honey Bees,
Journal of Apicultural Science
, Volume 60, Number 2, p.119–128, (2016)
[4]. Drones differ from queens and workers not only in anatomy and behaviour but also in physiology Differences in drone and worker physiology in honeybees (Apis mellifera),
Apidologie
, Volume 36, Number 2, p.255-277, (2005)
[5]. 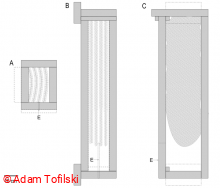 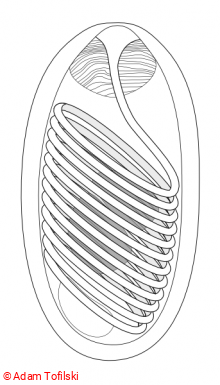 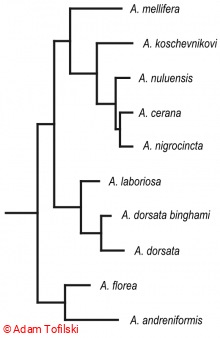