Before becoming prepupa the larva orients its anterior part toward capping which is recognised by rough texture and gravity in case of queens The longitudinal orientation of the larval honeybees (Apis mellifera) in their cells,
Can. J. Zool.
, Volume 41, p.717-723, (1963)
[4]. Disorientated larvae occur rarely. They are not able to emerge from their cell and die.
After spinning, but without ecdysis, the larvae enter the prepupal stage, during which they appear straightened and motionless in their cells. During this time larval cuticle progressively loosens. This stage ends with the pupal ecdysis.
»
Subscribe to Honey bee 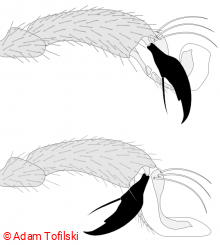 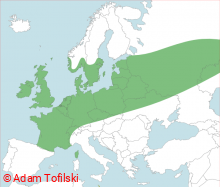